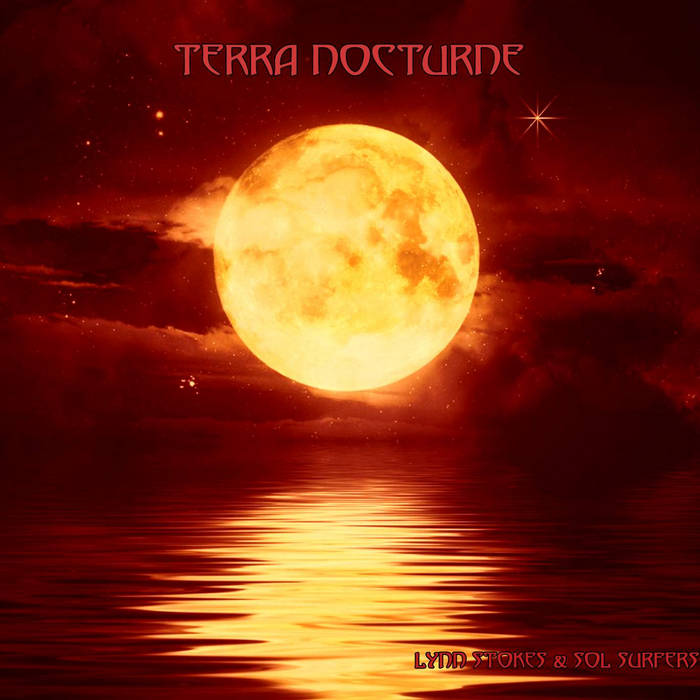 Deepen the Eagles' Texas twang and add a bit of a howl to the instrumentals and you wind up with something like Sol Surfers. The band's lead, Lynn Stokes, lists Pink Floyd as a predominant influence but their material is original and their style is their own. Stokes's seductive tenor has overtones of David Bowie as well as David Gilmore and his psychedelic guitar style has roots in the work of Jimi Hendrix and The Byrd's Roger McGuinn. The magical keyboard work of Roland St. John Perez, the solid percussion of Kevin Cooley and in particular Jerry Savoy's saxophone virtuosity all come together into an original sound whose nearest equivalent may be Procul Harum or the Moody Blues. The band's latest album, Terra Nocturne, is an organic whole whose component tracks can still stand on their own. The opener, "Sacred Moon's Light," is gently rhythmic, almost a psychedelic ballad with gentle instrumental interludes. The title track, "Terra Nocturne," has a new edge feel followed by the melancholic "Where Have You Gone." The dreamy atmosphere of "The Crossing" leads to the relatively upbeat "Let Go" and "Open Door" with its folk rock influences. The arpeggios of "American Dream" morph into those of "Dream Sequence" and then into the brighter and more energetic finale, "Across the Barrier," the sounds of which lead listeners out of this symphonic dream. Each of the tracks can be heard in a player on the lynnstokes.com home page. Individual tracks or the entire album can be downloaded from the usual internet vendors or directly from the band's web site. Streaming videos of "Sacred Moon's Light" and "Where Have You Gone" can be found on video websites, along with previously released material. The album may also be purchased on CD. Lynn Stokes and Sol Surfers have their roots in Austin's progressive rock scene but their vision and their sound stretch to the stars. The band deserves to be far better known than it is. While the legacy of Pink Floyd's influence permeates their music the band's own originality and musicianship make them an authentic voice in their own right.
Line-up / Musicians
- Lynn Stokes / vocals, guitars
- Roland St. John Perez / keyboards, synthesizers
- Mike Orbelo / bass
- Kevin Cooley / drums
- Jerry Savoy / saxophone
- Dean Evans / flute
- Lisa Stokes / vocal chorus
- Phil Grota / flute (track 4)