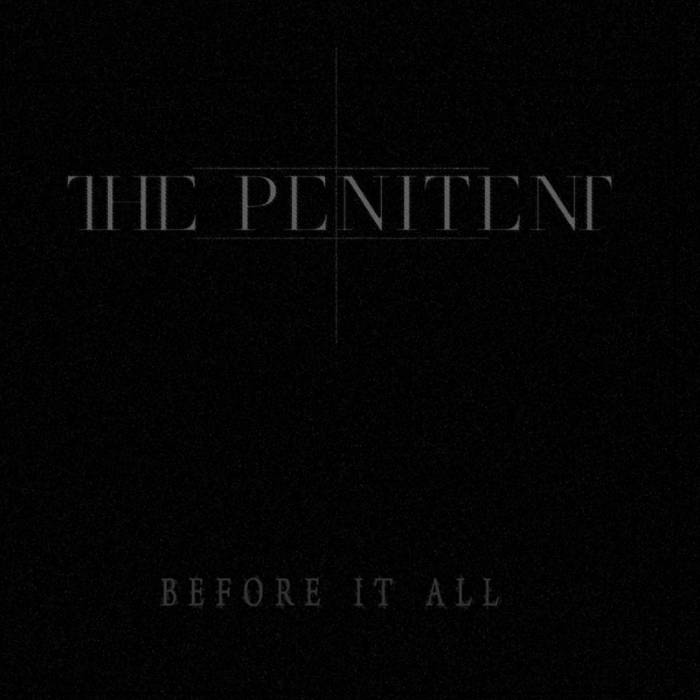 Short-lived duo "Ter Ziele" which only album "There is no useless pain" was sufficient, was a pure depressive metal band by Lore & Déhà, whom you can follow in their successful funeral doom endeavor, 'Slow'.

It was without counting the prolific mind of the Belgian producer. In vital need to express more emotions, he decided to create "The Penitent", an even rawer depressive black metal side project, on which there is no hope, no light.

Going back to the basics, the primal influences of such genre like Svartr Strijd, older Hypothermia, Trist (Cz) and their monotonous voyages through raw depression, The Penitent is not only a tribute to this past, but also a blast in the face of 'modern dsbm'.

This first album "Before it all" counts guest vocals from Belarusian Nokt Aeon from bands Dymna Lotva & Absence of Life. Her performance is one of the rawest she has ever done in the past, from whispers, screams to opened cries.

The Penitent is not meant for everyone. No lyrics, no explanation will ever be available as per the band's choices.

All music composed during psychotic events in 2016 - 2019
All instruments, vocals, lyrics, production by Déhà
Guest vocals by Nokt Aeon